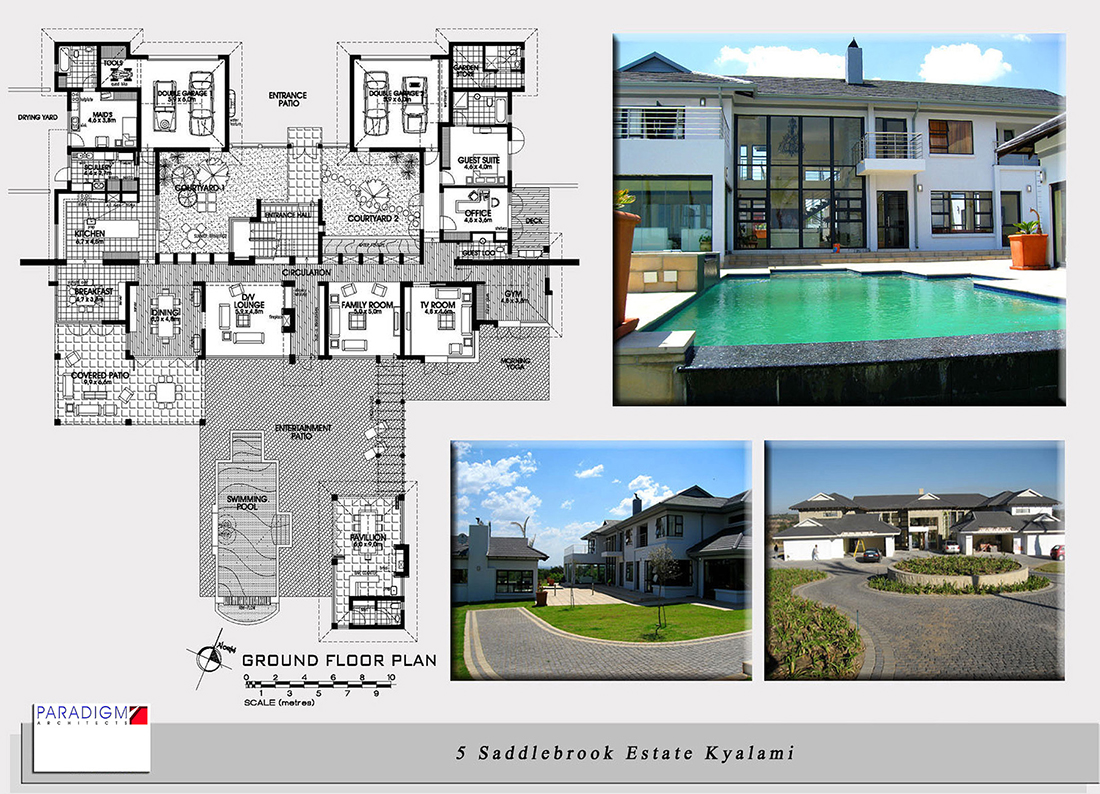 A north-entry site in Saddlebrook Estate in Kyalami, suggested that the initial design process had to address the challenge of getting sufficient light and warmth into the house while at the same time orientating towards the stunning view and large garden to the south. The size of the property in this case allowed for a solution to be found where the living areas could be arrayed around two central open courtyards which allowed north sunlight to flood freely into those spaces, with the intensity of direct sun into the house controlled by deep fin walls. As in Moroccan architecture the courtyards become an extension of the interior, shielded from the street to form a private enclosure. A water feature along one of the line of fin walls serves to draw moisture up and into the house, helping to passively control the interior climate by the simple process of opening or closing the windows. To the south an enclosed covered patio opens directly onto a large entertainment terrace and pool pavilion with the garden and views as backdrop. Completed in 2012. 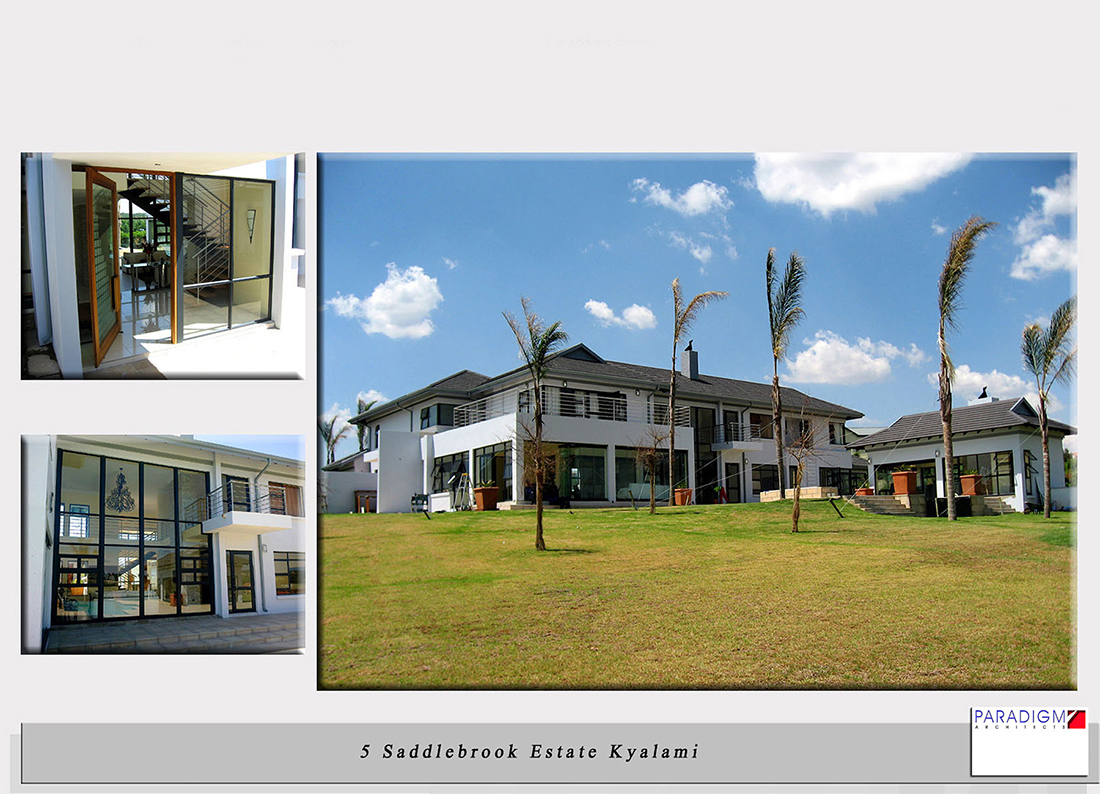